How Important are YOU?

One of the great and humbling realities that followers of Jesus experience is this: God uses you. In his sovereign and eternal plan, God decided to bring about divine good in the world through broken people.

As a pastor, I see many people (myself included) who drift in one of two wrong-headed directions related to their importance to God’s plan. I recently ran across this passage from J.R.R.  Tolkien’s The Hobbit, which powerfully captures this tension: 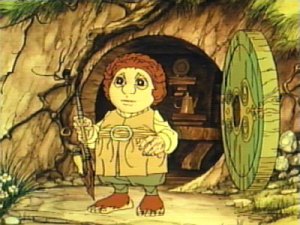 “Then the prophecies of the old songs have turned out to be true, after a fashion!” said Bilbo.

“Of course!” said Gandalf. “And why should not they prove true? Surely you don’t disbelieve the prophecies, because you had a hand in bringing them about yourself.”

“You don’t really suppose, do you, that all your adventures and escapes were managed by mere luck, just for your sole benefit? You are a very fine person, Mr. Baggins, and I am very fond of you; but you are only quite a little fellow in a wide world after all!”

We, like Bilbo, may underestimate our importance. Bilbo was obviously aware of all that had happened on his journey, but he had a difficult time believing that he was the one being used to carry out ancient prophecies. Some of us need to comprehend the great honor we have to continue the noble fight of faith and further the long-promised mission of Jesus’ kingdom. You are a part of something greater than your life.

On the other hand, we may overestimate our importance. Bilbo had taken on each adventure and survived to tell his story, and he found it tempting to think that the story was his own. Gandalf’s reminder is good for all of us: in the grand adventure, you are very small and you had magical and mysterious help along the way.

The Gospel keeps us from either extreme. We cannot doubt our personal value: Jesus died for us and sent us on a mission. Neither can we depend upon our personal value: it is a generous grace that we get to play a part at all, and the story is certainly about someone of much greater worth.

Live courageously, serve humbly. And never under- or overestimate your importance.

What’s your story? Are you more tempted to overestimate your importance or underestimate it? What helps keep you balanced between the two?

As with most of the sports world, I’ve been sucked into the drama that has surrounded the Texas Tech football program over the last week. I won’t drift into sports reporting here, as everyone from the NY to LA is covering it, but as I’ve read several articles over the last few days, I’ve seen some things that made me want to offer a few observations that, though somewhat obvious, are still important reminders. 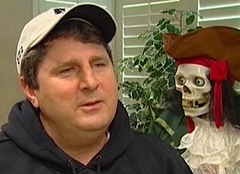 Of course, there are the humorous and obvious lessons: Pirates like gold and have authority issues; never get involved in a West Texas turf war with people that idolize a mask-wearing rider of a black horse. Resisting the temptation to comment on coaches who are also lawyers or players with famous daddies, I’ll move on.

Five rambling observations on some things that matter in working relationships…

Trust Matters
Where trust is absent, speculation swirls. Too often, people focus on the external conflict and neglect the internal reality of a relationship. There is a presenting problem: a conflict, a review, a decision, a disagreement. It’s easier to resolve the situation of the presenting problem than it is to reconcile the relationship. However, if the relationship is not restored, there will always be another issue waiting to drive a wedge between those involved. It is important to remember that you must work harder at rebuilding trust than you do at creating formal agreements, structures and contracts.

Culture Matters
Different regions approach life in different ways. If you are going to mix it up, you’d better be willing to deal with the differences. These differences are not insurmountable, but they do require an extra commitment to be flexible and overcome the differences. This is why so many organizations are run by “good ol’ boy” networks – it’s just easier (well, that and the whole power/control thing). Diversity is a good thing and worth pursuing, but it will mean dealing with some misunderstanding and longer conversations to sort things out.

Communication Matters
Email is a bad form of communication. Sure, it serves a great purpose for transferring information in a technological world, but it often leads to misunderstanding. Unless your last name is King, Wolfe, or Rushdie, I’d assume your email won’t communicate what you want it to. If you need to discuss something that deals with emotion, humor, crisis, conflict, or people, don’t lead out with email. That piece of technology to the right of your computer is called a phone. Use it. Try the phone or a personal visit, and then send an email with details or other info as a follow-up.

Humility Matters
Pride isolates and anger divides, but humility connects and unites. Humility has a unique power to overcome differences in opinion, personality and approach. Many people think of humility as a benefit at church but a hindrance in the “real world.” Thoughtful people will recognize that humility and backbone can go together. When they do, strength emerges in a person that can work through differences and not just around them.

Timing Matters
Know when it’s time to go. We don’t like to admit it when things are no longer a good fit. I’m not sure why. Maybe we are still hurt by the sixth grade break-up with blue-eyed Susie. Maybe it feels like weakness when we can’t make things work. Usually, there is enough agreement on the goals that you feel like you ought to be able to work things out, but when things are swirling for months or even years without improvement, you are almost never going to turn the corner. When that’s the case, seek wise counsel to make sure you are seeing things accurately, and then look for an exit ramp that will allow for a healthy and graceful transition. 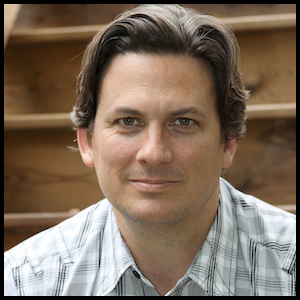